Wakey wakey, eggs and – mmm eggs. I’m back and so is Doctor Who! I rewatched the last of Season 8 in theaters this week (as well as the tiny not worth going to the theater prequel of Season 9) and I am ready to see what Moffat and Capaldi have in store for me.

In rewatching a few Tennant episodes this summer I really decided I am not the biggest fan of Moffat style writing. Some small things are huge hits while everything else feels like a rush job. And he’s just written way too many seasons for me to think it’s an accident. Fresh writing blood would be great because I think Capaldi is being RAD as the Doctor. Maybe The Magician’s Apprentice will prove me wrong on Moffat.

YES: HOLY SHIT WHAT IS IN THE GROUND?! Hands that have eyes. This is why I watch Doctor Who in the daytime.

YES: “I was looking for the BookShop and just passing by.” The Doctor’s love of little shops is my favorite running gag of the series. Also it’s my life. “I love a little shop.”

EH: Oh hi, I’m that person who if I died a lot of bad shit won’t happen. Doctor save me. /trope

I like the new intro. It’s a bit old flavor with new flavor mixed in. Love love.

NO: You know, the Doctor has a phone. Also I have no idea what two of those planets have to do with the Doctor but I love The Sisterhood. I feel like I should go there and get some training on being badass. Moffat, you are quickly losing my – oooh breakfast!

YES: Good point, seek his friends because nothing pisses the Doctor off more.

NO: Seriously Clara gets to have two lives as a Unit soldier and a teacher. She has like no cover whatsoever. Wait is she telling KATE STEWART to calm down and think it through. Clara. Clara, the idiot is somehow next in charge when something alien happens? No. I mean we all wanted her character to be more than arm candy, rise to the occasion sometimes, girl but suddenly she’s brilliant and more clever than Kate Stewart who is the most badass I’ve seen since Torchwood days? No.

NO: It’s called Doctor Who not Clara Oswald Tries to Make a Go. Also Missy, girl where is your lipstick. How can you do battle without armor??

Death is for other people dear. – Missy

I want a will as pretty as that!

See that couple over there. You’re the puppy. – Missy HAHAHA

YES: Well never say Missy has changed. Also she COULD bring those people back.

YES: I am very creeped out that he was just a giant snake. Best thing ever though. Like, he does slither. It makes sense.

I really want to watch Missy and the Doctor: Adventures Through Time! I mean…I would pay $50 to see it.

YES: Okay, but it’s Davros. If I was the Doctor I would leave too! I would hope he got sucked down and then I would be like…YAY!

YES: Nooooo Boris! Noooooo. I hate the human daleks. They make me sad.

YES: I love this new turn with The Master. I love getting to know and see their relationship. Fantastic.

You know what this airlock is? It’s pants. You and me. Off we go. Let’s make jam! – Missy

Oh! because it’s a colony of snakes. Clever.

OH! I wonder if this invisible planet thing will have anything to do with Gallifrey. Maybe Gallifrey is just invisible from the outside. HOLY SHIT. So when the Doctor flew there and looked and picked up nothing he might have actually been looking at Gallifrey. But of course on Gallifrey they don’t know they can’t be seen! I know I’m skipping ahead but Moffat does this A LOT and it would totally be like him to pick up this one thing episodes later when showing Gallifrey.

Did he tell you that because you should never believe a man about their vehicle. – Missy

NO: Umm, if that is how Missy bows out I dismiss Moffat. Although he brought us Missy. I’m torn!

YES: YAY Clara is gone. Too bad it won’t hold.

Wait, what?! Who starts a new season with a 2-parter?! Where did the Doctor get the Dalek arm? How did he get back? Can Clara please stay dead? Hands down Missy made this episode. If this had been the same story with just Clara and the Doctor I would’ve been bored to tears. Good call on bringing Missy back right away!

This site uses Akismet to reduce spam. Learn how your comment data is processed.

Get updates, stories, and be notified for giveaways, free content, and more! Become a Curator of Kairas. 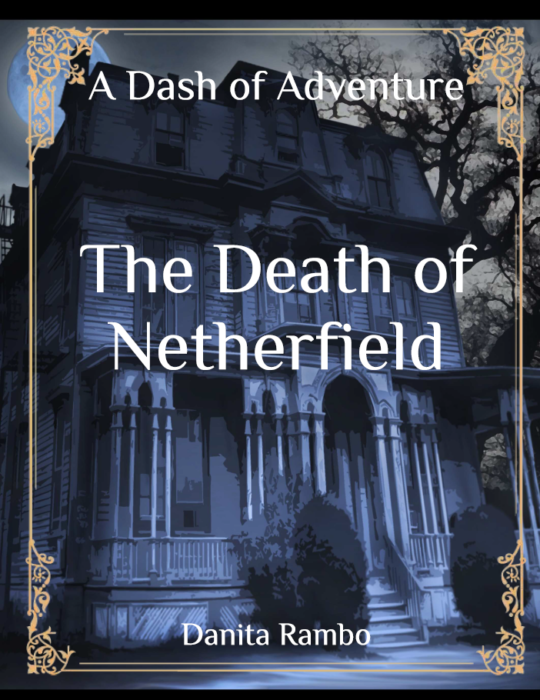 Battlemap for Death of Netherfield Park

Into the Woods | Short Story